She loves. She dies. She is reborn. 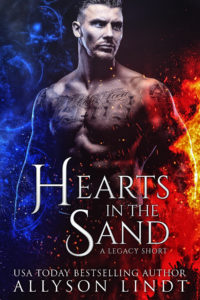 Hearts in the Sand

She loves. She dies. She is reborn.

Kirby doesn’t understand the pull she feels to the on-base doctor she’s serving with in Kuwait, but she’s not going to deny the attraction. Especially after two scorching hook-ups.

When he introduces her to a friend, her desire doubles. That night, her pleasure does as well.

Gwydion and Min have been searching for Kirby for centuries. The Valkyrie the loved in her previous lives, who’s been reborn over and over.

Sparks are flying, but so are RPG’s. If they can’t show Kirby the truth about her past, and help her achieve immortality, they may lose her to death again.

Author’s Note: Hearts in the Sand was previously released in the Saved Between the Sheets anthology. It’s been edited and contains a new epilogue for this solo re-release. 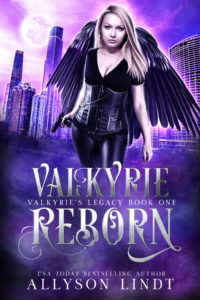 She Loves. She Dies. She is Reborn.

Kirby had the prophecies drilled into her head in school. She just doesn’t realize one of them is about her: the Valkyrie who Odin cursed to an eternity of loss.

She’s focused on healing from the scars the gods left on her—both physical and mental—when they raised her to be an assassin.

With the help of the man she calls handler, savior, and permanent resident of her sexiest fantasies, she’s hunting the people who seek to destroy her life, and hundreds of others, in the name of those same cruel gods who tortured her.

But it’s impossible to run from the past, and Kirby has thirteen of them that are about to bring her world crashing down around her.

Author’s Note: Blood in the Shadows is a #whychoose dark urban fantasy with some scorching FF action mixed in. The book contains mention of self-harm, thoughts of suicide, and physical assault 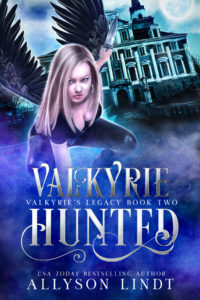 Every lover. Every betrayal. Every death.

Kirby remembers it all. The gods will pay for the suffering they’ve caused in this life and those she’s lived before. The only questions are where and how?

She has new allies and lovers, but with a lifetime of betrayal guiding her, she doesn’t know who to turn to. The trickster god who makes it easy to throw caution to the wind? The god of passion who sparks delight, terror, and desire with a single look?

Kirby desperately wants one of those people she trusts to be the berserker who set her on this path both then and now, but lifetimes of playing both sides changes a person.

Time is running out for her to find answers. Both about her lovers, and the gods she seeks to destroy before they can act on the prophecies that will allow them to topple modern empires.

Failure means not just her destruction, but the death of thousands. 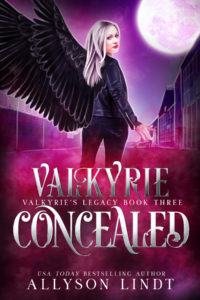 Their choices. Their battle. Their lives.

Hel has flipped the kill switch, and the race is on for Kirby to stop the countdown before it hits zero.

Kirby swore she’d never return to the TOM academy. With the lives of all the students at risk, she has to push aside her personal demons and confront her past.

Having her former lovers—those who swore they’d let her go her own way—back in her life isn’t so great for her mental stability either.


Kirby’s caught in a web of lies and murder.

Will saving TOM’s latest victims destroy her sanity and the life she’s finally building for herself and those she loves?

Author’s Note: The Legacy Series is a #whychoose dark urban fantasy with some scorching FF action mixed in. The books contain mention of self-harm, thoughts of suicide, and physical assault 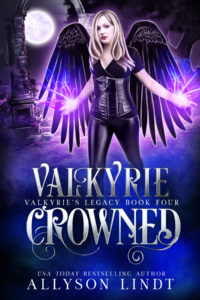 The final book in the Valkyrie’s Legacy series. Love. Death. Life… it’s all about to reach a peak.

Author’s Note: The Legacy Series is a #whychoose dark urban fantasy with some scorching FF action mixed in. The books contain mention of self-harm, thoughts of suicide, and physical assault