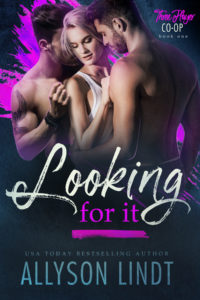 Hooking up with my brother’s two best friends was a bad idea.

But when the guy I’ve crushed on for ages stumbles on my stash of battery-operated toys, and offers to teach me how much fun they are with a partner, there’s no way I’m saying no.

Especially when his boyfriend wants to watch.

It’s just a one-time thing, though. Which is good, because I need headspace to focus on the Hollywood costume designer who’s trying to scam me and other cosplay designers like me out of our hard-earned money. She’s making my life a living hell for exposing her to the internet.

Jax and Grayson offer a tempting distraction by exposing me. In my bedroom. At a company holiday party…

If I can’t unravel how I feel about them, and sift through the Hollywood-style legal trouble we’ve brought crashing down around us, the only things I’ll be getting for Christmas are a broken career and a shattered heart. 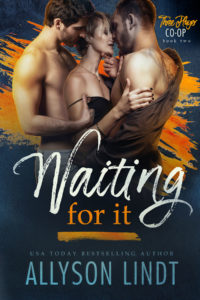 Two words every game developer fears, and I’m living the horror of impossibly long work days, that bleed into weekends.

The only upside is spending a lot of that time with my sexy-as-sin boss. I probably shouldn’t get physical him, but the need for stress relief is real, and so is the size of his… desk.

Then word gets back to my best friend’s brother.

The guy whose house I practically grew up in. Who I thought saw me as a second sister. Talk about jealousy. Though I’m not sure if it’s toward me, or my boss. Apparently they hooked up a few times, too.

One thing leads to another leads to the three of us playing naked Twister without the mat.

But they’ve been keeping a secret, and it’s one I don’t know if I can forgive them for.

I don’t have an issue with the fact they both have two boyfriends. I would like a taste of the same for myself, though. When two guys hit on me in a bookstore, I’m tempted to ignore the fact that Fred and Barney are obviously fake names. I’ll be their Betty.

Then they stroll into my gaming café the next morning.

Turns out I almost hooked up with the relentless a-holes who are trying to buy my shop at a fraction of its value. The best friends are also real estate investors who have refused to take no for an answer for several months now.

I loathe their persistence at the negotiating table, but I love it in the bedroom.

This time, I can’t have my cake and eat it too. They’re not backing down from their pursuit to drive me out of the company I built from the ground up, so it’s time to back off the sex. They’re not stealing my heart or my business out from under me. 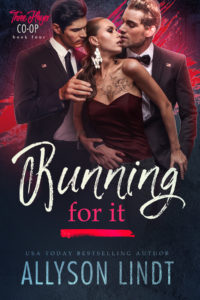 It’s best to leave the past behind.

Ramsey’s family is local royalty. Basically the Kennedys around here. And he doesn’t have a problem using his money and connections to work the system.

It’s the reason he and I didn’t work out, years ago.

Then I make a mistake–I let a night of fun and relived memories lead to inviting him and his best friend-slash-campaign manager into my bed. With their smoldering looks and magic fingers, it’s a mistake I’m tempted to repeat.

But I need to remember the people they are behind closed doors don’t mesh with their public faces. Because in Ramsey and Hunter’s world, appearance is everything, even if hearts get stomped on in the process. 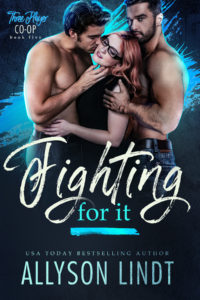 Five years ago, I saved the world, but no one knows it.

Ten years ago, I nearly destroyed the world’s economy, and some people won’t let me forget it.

I have good friends who are helping me get back on my feet, after I screwed up big time, writing a dangerous piece of malware so I could draw a paycheck.

Xander and Oz are sweeping me off my feet, to help relieve the stress.

When a major tech blog runs an anniversary piece on my mistake, all eyes are pointed at me again.

This time, if I go down, everyone who supports me will go with me. There’s no way I’m letting that happen to my friends. Even if it means walking away from the men I love.