Two Plus One (Poly/Menage Romance) 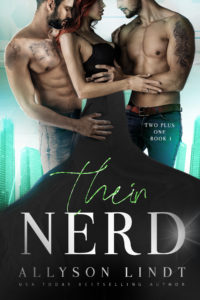 Antonio wants Justin, Justin wants Emily, and Emily would mind all of the above

As long as Antonio has Justin and the Silicon Valley start-up they built together, Antonio’s content to hide his true feelings. He’d rather keep Justin’s friendship than confess his love and lose everything.

But Justin’s gotten careless with their business.

The board of directors sends them Emily, a contract developer, to ensure their rules are being followed. Justin doesn’t expect her to be the one-night stand he played out the scorching fantasy with, of sharing her with Antonio.

As long hours and tight deadlines push the three closer together, they heat up keyboards and the sheets. If their private hookups become public knowledge, she’ll lose her job, they’ll lose their company, and the three will be torn apart before they discover if all of them can find happily-ever-after together. 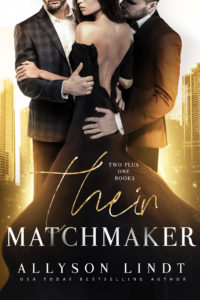 A combination of old-fashioned matchmaking and high-end computer algorithms, she guarantees her matches. However, she needs an infusion of cash to stay afloat long enough to prove her theories work.

No investment firm in town is nibbling, until she meets Aaron and Gavin. They’re willing to give her a shot, on one condition—she has to prove her algorithm works by matching each of them.

Their cocky attitudes and desire to flirt with anyone and everyone make Gavin and Aaron the kind of candidates Cynthia usually turns away without question. But with her business and dream on the line, she’ll make an exception, reminding herself every step of the way there’s a reason she never plugs herself into the algorithm, and she’s not going to make an exception for the men who hold her company’s future in their hands