When it comes to romance, it’s never as simple as a one-night stand. The question is, what will the be faking the morning after? 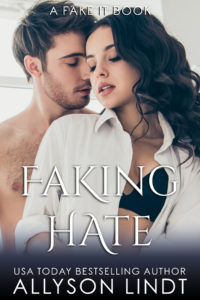 Jodie’s got the perfect life plan—finish her graduate work at Stanford, land an internship at the most advanced transplant-research firm in the country, and become an innovator in the same field. There’s no room in her life for the random variable and a one-night stand with a guy who has no interest in sharing the responsibility of a child. The only person she can turn to is the stepbrother who made her life a living hell in high school.

Logan is intelligent, sexy-as-hell, and asinine to a fault. He’s got his kind moments, but they tend to end with him and Jodie screaming at each other… or screaming each other’s names, after they lose all their clothes. If they can’t stop the faking their hate long enough to find a solution for the pending new arrival in Jodie’s life, they risk three futures.

Author’s Note: This book was previously released as Reluctant, and has minor new content for this re-release. 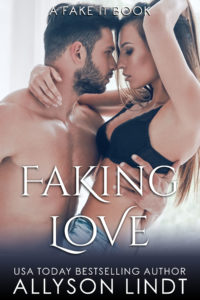 Molly’s favorite part of her job is telling people she sells naughty cartoon clothes to retailers.

As a sales rep for a company that produces cosplay-themed lingerie, she also doesn’t mind spending most of her time on the road for work. It makes relationships difficult though, and too many weeks in a row on the road drag her down.

When a sexy stranger asks to share her breakfast table, she welcomes the change in scenery. The easy banter and teasing that dance behind the eyes of the handsome voice actor have her wondering if just this once, a one-night stand might be worth her time.

Brandon is tired of the playboy image that comes with his cult-celebrity status.

When he meets a woman with a travel schedule as hectic as his, she lights a spark deep inside. The problem is, he’s hoping for long-term and she’s hesitant to start anything long-distance.

With less than three days before they go their separate ways, Brandon has to show Molly they’re more together than fake love.

Author’s Note: This book was previously released as Unconventional Fling 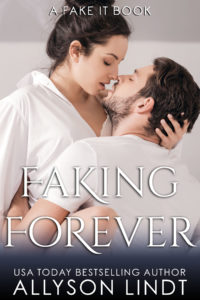 It was supposed to be casual sex between two strangers. No strings. No obligation. No excuses the next morning…

Until she wakes up engaged.

Gwen’s heard it all, and lived half of it, when it comes to dates gone wrong. Saying she’s jaded about love is the ultimate understatement. But sometimes a gal wants a more physical connection than her battery-operated-boyfriend can provide. Solution—one night stand.

Between running a multi-billion dollar lingerie company, and fighting for custody of his daughter, Brad doesn’t have time for things like long-term relationships. Especially since his ex has convinced the judge that his sleeping around creates a bad environment for their child. When his ex-wife drops off their girl without warning one morning and catches him in bed with Gwen, he introduces her as his fiancée, rather than risk another notch against him in court.

Now, two people who don’t believe relationships last more than a month, let alone in happily ever after, are putting on the ultimate performance and struggling to keep their hearts separate from their engagement. If they fail at faking forever, the consequences could ruin more lives than just theirs.

Author’s Note: This book was previously released as Too Goode to be True.