Once Upon A Showtime (Menage Romance Duets)

It’s Big Brother meets The Great Race, as vloggers compete to be the internet’s next hottest star. Careers are on the line around the world, but none of them expected love as an obstacle 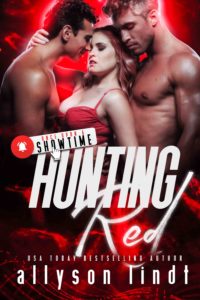 Fiona’s dabbling in kink with her best guy-friend and a sexy-as-sin stranger. Learning to let go has never felt so good.

Fiona’s tech startup is hovering on the verge of collapse.

Her best friend, Parker, has a solution. His travel vlog is competing to be the internet’s next big thing, and he’s going to promote her app on his show. She just has to accompany him during filming.

A road trip with her sexy best friend that includes some off-camera with-benefits action?

Fiona’s on board with that.

Especially when Wyatt, the gorgeous and dominant man they meet in a bar, offers to help Fiona and Parker explore their attraction to each other, and him.

Submitting to a filthy-hot hookup with two incredible guys?

Fiona’s fantasies were never this scorching.

Too bad Wyatt forgot to mention he works for the competition, and he’ll do whatever it takes to see Fiona’s app crash and burn.

“…no one – and I mean no one – writes a smart M/M/F menage as well as Allyson Lindt!” – Danielle’s Domain Reviews 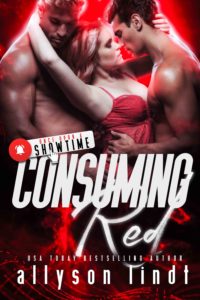 Parker made it through the first couple of months in the Rinslet Streaming competition, but he’s got several more elimination rounds to survive, to make it to the final round. He’s not complaining about the rush of a new city every few days, though. Especially when he’s spending it with Fiona, riding the high of a new relationship.

Even better, the sex is good. Really good.

Okay, so she’s pursuing a new contract, and that ties up a lot of her time. No big deal, as long as he gets to see her after hours.

And there’s the fact she still holds a torch for Wyatt—the asshole who was willing to sacrifice her career for his own. Oh, and who also happens to be in almost every city they visit, since he works for the company Fiona is pitching.

But Parker knows Fiona is his. He’s okay with her exploring, especially when he’s a part of it. As long as they remember Wyatt was willing to sell them out before, and Wyatt and Fiona don’t get caught, and none of it costs Fiona her company, or Parker his contest chances.

Most important of all, no one had better fall in love with someone new. 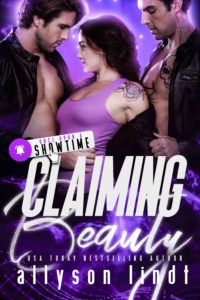 Tara is trying to move on after a nasty divorce, but her tattoo work lets her withdraw from the world instead.

Her boyfriend, Nathan, and Nick, the foreigner with the sexy body and sharp wit, may awaken a desire she thought had died.

Now Tara has to decide if the risk of heartbreak is worth the reward, or if she’d rather leave her love locked in a tower asleep and safe. 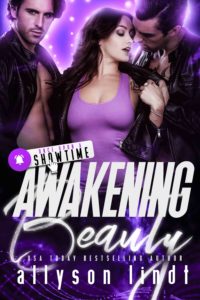 Tara took a chance on love, and now she regrets the decisions.

Her heart has been scattered across the world. On top of that, problems at home are making life difficult, from losing her home to a new life for her to consider in everything she does.