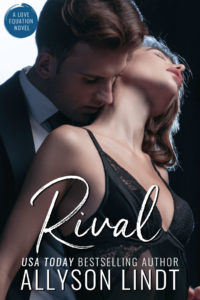 His temptation. His Undoing. His Mercy.

When Ian left for college. Mercy begged to go with him, so she could escape her life of probably-fatal-small-town-boredom. He refused.

Mercy found her own way out. More than a decade later, it will take her best friend’s wedding to bring her back to town for more than a layover. Mercy’s here for Liz. That won’t stop Mercy from teasing, tempting, and pushing Ian’s limits… Mostly to show him what he left behind. Only partly because he looks like a god in his tux.

The moment Ian sees Mercy—confident, stunning, and definitely all grown up—he wants a taste before she vanishes back to the big city. Then Liz discovers her fiancé is already married to someone else. Ian won’t add more heartbreak to his sister’s life by hitting on her best friend. Besides, Mercy’s advertising firm is competing with Ian’s for the same make-or-break-me contract.

Mercy and Ian are determined to go their separate ways, but fate has other plans. As they’re thrown together again and again, the temptation of forbidden fruit proves impossible to resist…but giving in could send their worlds, and the lives of those they care about most, spiraling out of control.

Author’s Note: This book was previously titled The Rival and The Billionaire. No content has changed. 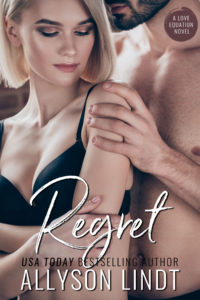 The day Bailey got engaged was the same day Jonathan’s childhood ended.

When Jonathan is named executor of his grandmother’s estate, it thrusts him into his past. He refuses to let show how much her passing hurts, for fear of losing himself. He returns to the sleepy little town where she lived in the Florida Keys to find it hasn’t changed in thirteen years, but Bailey has. His best friend has grown up, has a body that’s non-stop distraction, and isn’t happy to see him.

Bailey’s furious that Jonathan isn’t openly mourning. His grandmother deserves more respect than a distracted nod from an asshole grandson too focused on work to care about anything else. But whatever. Not even a couple of nights of intense, scorching-enough-to-ignite-the-sheets passion, or a handful of wonderful shared memories, can steal Bailey’s heart.

A hurricane sweeps over the Keys, stranding Jonathan. He and Bailey are forced to face the past that tore them apart, the pain that reunites them, and the truth that could destroy them both.

Author’s Note: This book was previously titled The Second Chance and The Auctioneer. No content has changed. 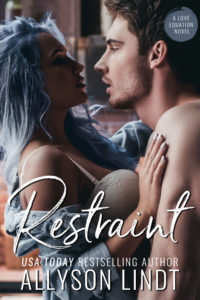 His corruption. His addiction. His Starlet.

He’s a high profile CEO, she’s a virgin… and his best friend’s younger sister. He really shouldn’t be fantasizing about unwrapping her under the Christmas tree.

It’s been almost a decade since Andrew Newton returned to the small town where he grew up. But he’s not missing his best friend, Mercy’s, wedding—it’s time to face his past, so he can move on with his future.

Susan Rice envies the exotic life her older sister Mercy has lived. She can’t even get up enough courage for ballet company try-outs.

Andrew promises Mercy he won’t corrupt her sister. But when Susan begs him for help overcoming her stage fright, he can’t say no. He doesn’t expect her to be trouble and temptation, wrapped in an innocent package.

Being home summons long-buried demons from Andrew’s past, and the more time he spends with Susan, the less he wants his darkness to touch her.

Susan’s going to need a Christmas miracle to show Andrew his scars don’t define him. But the only things Santa may be bringing this year are fresh wounds and broken hearts.

Author’s Note: This book was previously titled The Virgin and The Kingpin. No content has changed.