Love Hack is a series of contemporary romance novels featuring sexy hackers, boardroom romance, and corporate intrigue. Sometimes the thing love needs most is the last thing it sees. 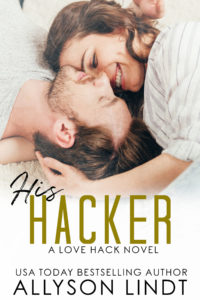 What happens in Vegas… Can break hearts and destroy careers.

Years ago, heartbreak corrupted Jared Tippins’s outlook on love. He spun the betrayal into a rapid climb up the corporate ladder, and swore off any relationship with a morning after. Luckily, the playful siren who rescues him from singing a duet alone in a karaoke bar doesn’t want anything long term. If only he could stop fantasizing about ways to make her moan. Sure, she could’ve mentioned he works for the competition. At least she’s not behind the security concerns that have plagued his company for almost six months.

If she were, he’d be screwed on a whole new level.

Mikki Elford is determined to have the fun she missed out on when she fast-tracked her way through college. But school had its upside, too. She’s qualified to legally hack corporate networks. Best job ever. She also gained an appreciation for the legends in computing — Gates, Jobs, and Tippins. When she meets Jared Tippins and realizes he’s sexy and fluent in programming languages older than she is, no consequence will dissuade her from an impromptu fling. Fortunately, he doesn’t mind that six months ago she compromised his network to land her job.

Publisher’s Note: This book was previously released as Breaching His Defenses (Love Hack Book 1) and has been heavily edited for this re-release. 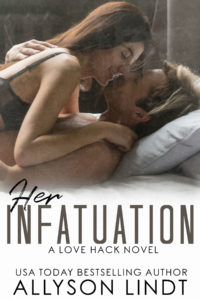 Alyssia’s animal shelter needs a boost of cash to expand its center for abused pets. When her older brother’s best friend, Tate, offers her first access to his crowdfunding startup, she has a million reasons to say yes. And only one reason to say no—she’s crushed on Tate forever, and he doesn’t feel the same. As long as she remembers he’s just eye candy, it’ll be fine. She wants happily ever after, not just happy until the morning after.

Tate’s taking the family business to new places, adding a crowdfunding portal for small companies. He just has to ignore the fact the woman using one of his pilot sites isn’t the bratty tag-along she used to be. Alyssia’s grown up, filled out, and has a sexy mind on top of it all. Not that it matters. Tate never hooks up with clients, and he’s certainly not going to pursue his buddy’s sister.

When Alyssia’s shelter suffers from slanderous press, the backlash threatens both their businesses. They find stress relief in each other, and an unforgettable night of no-strings passion. The fallout will destroy families, careers, and lifelong friendships if Tate and Alyssia can’t admit how they really feel. 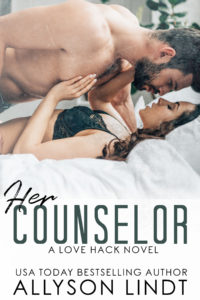 Fourteen years ago, Vivian and Damon walked away from a once-in-a-lifetime love.

Their worlds collide again when Damon is appointed Head Attorney for a defendant that could bring Vivian’s entire network security company crashing down around her.

As sparks fly and old passions resurface, Damon promises they can keep the past and present separate. He demands control in the bedroom, but they agree to keep things professional in the outside world. Each time he ties her up, pins her down, and commands her pleasure, the line between then and now blurs a little more.

One of them has to surrender everything if they want to stay together, and both wonder if they’re strong enough to walk away from their passions a second time.

Publisher’s Note: This was previously released as Securing Her Surrender by Allyson Lindt.